Brooklyn is going on 10 DATES in 10 DAYS! (This #10DatesIn10Days is mostly for fun, but we are all "secretly" hoping she finds her BOO!) You'll meet Brooks today, after meeting Matt, Kohl, Ethan, and Jorge previously. You can vote for your favorites each week, and at the end of the 10 dates... she'll go on a 2nd date with whoever ya'll (along with her) help choose!
✅ Shop our NEW collection of Activewear, Loungewear, Joggers, Mascara, Jewelry/Hair Accessories HERE! (IT SELLS SO FAST!) www.brooklynandbaileyshop.com
Our friend Alyssa Mikesell did the 15 date/15 day version and ended up finding her BOYFRIEND! Her mom, Betsy Mikesell (and our Beddy's partner), had a dream that Brooklyn just HAD TO DO THIS too!!!! She felt inspired that Brooklyn would find her boyfriend as well, and called Brooklyn immediately the next morning! You can follow both Alyssa and Betsy HERE!
Alyssa Mikesell: irface.info/less/pKWfroBPkXYzBsyNdAuK8w.html
Betsy Mikesell: irface.info/less/mZNqqNBVbLU1kT1T-YmSZw.html
When Betsy called her, Brooklyn kind of laughed it off... but as she thought about it more and more, she decided it would be something FUN to do (with 0 pressure to find someone)! Betsy has been like an aunt to us, so Brooklyn AGREED! Betsy and Alyssa quickly went to work, posting on their IGS for their followers to have their cute brothers or sons apply! Both Betsy and her friend Kaitlyn took turns filming with Brooklyn on these dates.
(UPDATE: Since filming ended, Betsy was involved in a plane crash with her family. Everyone survived, but they still need your prayers... especially her husband, Gentry! Brooklyn stayed in UT to study for the GMAT, so she immediately drove over to their house to help Alyssa and Kaitlyn with Betsy and the boys during that next week. The Mikesell's are amazing friends, and could DEFINITELY use your prayers, thoughts, and well wishes! You can watch Betsy's video about the plane crash and leave comments HERE: irface.info/my/fy-lm-h-y/kMGlicfPm4dh3rg.html)
The idea for this series is... that Brooklyn films her "10 Dates in 10 Days" and we will upload them HERE every MWF until the series ends! So you'll be getting several videos from us EACH WEEK over 3 weeks or so! THEN as you watch each video, you can VOTE in the comment for the boy you think matches up THE BEST with Brooklyn for that video. As each video goes live, you might have to go back and watch the others again just to see which boy you think Brooklyn vibes with THE MOST!
Each boy plans his own #date, and not only are these boys CUTE... but they are SUPER FUN! Brooklyn is having so much fun! (Safety precautions are taken to ensure safety based on CDC guidelines. The boys have been asked to either social distance with their families or take a test prior to filming, temperature checks before dates, masks in public with appropriate social distancing, and hand sanitizer breaks.)
Brooks, who is age 21 and a Finance major at BYU, is super thoughtful and did a FANTASTIC job planning his date! He took Brooklyn SKYDIVING, then they kept extending their date 3-4 times throughout the day. How many of you would like to skydive?
So, is this it??? Do you think Brooklyn will find her #boyfriend in this series??? She's been single for three years now, but I SURE DO HOPE SO! *no pressure*
If this video series does well, do you think we should TRY IT WITH KAMRI NEXT???
This video was just as fun to film as our recent Twin Swap videos. You can check those out here!
💥 Identical Twins Switch Places | Will Bailey’s Boyfriend Notice? (over 17 MILLION views)
irface.info/my/fy-lm-h-y/h9ejkpbba6WTuLw.html
💥 Identical Twins DRIVE THRU Swap Challenge (over 9 MILLION views)
irface.info/my/fy-lm-h-y/gdGBnNLSp6Wnuqg.html
💥 Identical Twins 2-Car DRIVE THRU Challenge (over 6 MILLION views)
irface.info/my/fy-lm-h-y/iY-IeNfQlpdp26g.html
💥 Identical Twins PREGNANT with TWINS for 24 Hours! *not real* (over 2 MILLION views)
irface.info/my/fy-lm-h-y/n9OBdLnbeoee3aw.html
💥 Identical Twin Wears a WIG in Public to See if Her Twin Sister Notices! (over 2 MILLION views)
irface.info/my/fy-lm-h-y/gZltm9fGq22B3NI.html
What did you think? What other awesome videos ideas would you like to see us film? Comment below!
💋's - Bailey
_
Where else can YOU FIND US???
📸 Instagram | brooklynandbailey
🐥 Twitter | brookandbailey
👤 Facebook | brooklynandbailey
👻 SnapChat | snapchat.com/add/BrookAndBailey
⏰ Tik Tok | @BrooklynAndBailey
🎶 Spotify | open.spotify.com/artist/4Y8tcJEqYuIDSNAZEqu9Nd
☁️ SoundCloud | soundcloud.com/brooklynandbailey
_
STREAM our Original Music! 🎤🎶
👉🏻 Dance Like Me - brooklynandbailey.lnk.to/DanceLikeMe
👉🏻 Simple Things - brooklynandbailey.lnk.to/SimpleThings
👉🏻 What We're Made Of - BrooklynandBailey.lnk.to/WhatWereMadeOf
_
FTC Disclaimer: This is not a sponsored video. 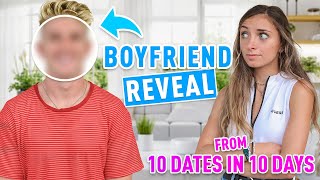 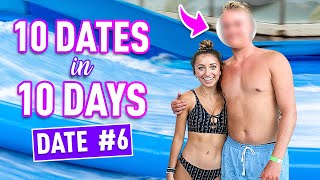 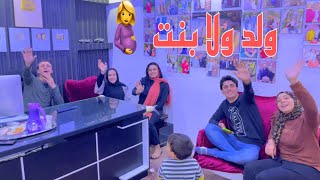 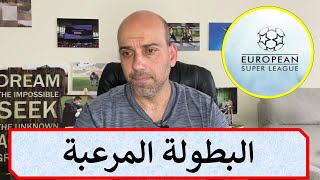 Boyfriend Tag (and all the TEA!) | Brooklyn & Brooks